Diversity in focus: Robyn Sermon on her journey to CEO

Today the Royal Agricultural Society of WA welcomes Robyn Sermon as the organisation’s first female CEO in its 191-year history. To mark the occasion we invited Robyn to reflect on her journey to CEO, and on how diversity can help to #BreakTheBias. 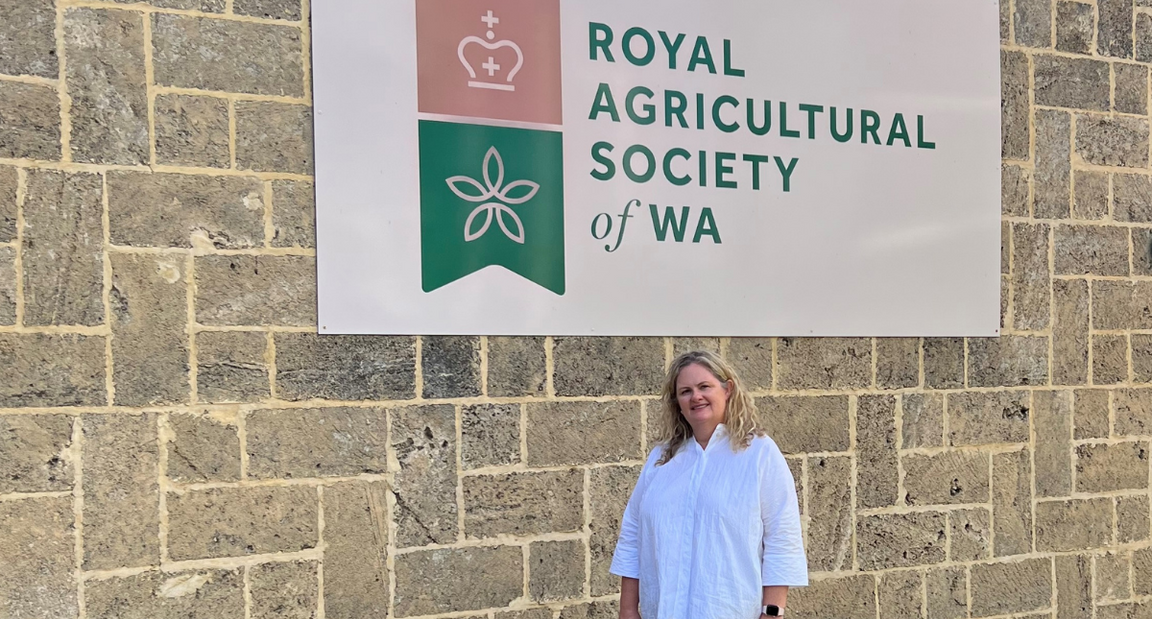 Today Robyn Sermon commences a new role as Chief Executive Officer for the Royal Agricultural Society of WA – a placement made by Gerard Daniels. Aligning her start date with International Women’s Day (IWD) wasn’t intentional, but it’s certainly significant – because in assuming this role Robyn becomes the very first female CEO in the organisation’s 191-year history.

To celebrate Robyn’s achievement we invited her to reflect on her journey to CEO, and to speak candidly about diversity and breaking the bias (#BreakTheBias).

“When we are young many of us do aspire to leadership roles, regardless of gender. But as we get further into our careers the demands of family and households start to grow, and traditionally women take on more of that mental load,” Robyn reflects. “Everyone’s experience will be different, but the reality of being pulled in so many directions can make leadership aspirations harder for women to progress. I’ve always had that desire, I just knew it might take time for me to get there.”

“Throughout my career I’ve have had some very intentional conversations with my husband around balancing the demands of our jobs with the primary care role at home, and we’ve had to swap these roles around at different times,” Robyn continues. “Again, I know it will be a different experience for everybody, but that partnership approach has been significant for me.”

Getting the timing right was another important factor for Robyn in achieving her leadership goals.

“As we get older it can be difficult acknowledging the need to balance our career aspirations with the other things that we want in our life. Taking on a role like CEO will mean making some sacrifices and being ok with that,” Robyn says. “Personally I had to know that when I applied for a chief executive role I could give what was needed and still be a great mother. If I had taken this on five years ago I would’ve performed well, but it wouldn’t have been right for us as a family.”

The journey to CEO

Robyn is fortunate to have worked with some talented and trailblazing women throughout her career, like Judi Moylan (AO) and Joanne Farrell. “I’ve been lucky in the people I’ve worked with and learned a lot from the amazing women I’ve had as role models and mentors,” she says. “I’ve also worked with some very supportive male leaders like Sam Walsh and Andrew Harding too.”

Stepping outside of her comfort zone and having the right support at the right time are other defining features of Robyn’s journey to CEO.

“On returning to work between children I remember my leader challenging whether I wanted to return to my role or try something new, and I ended up moving into business analysis for a year,” Robyn reflects. “This experience was very different to anything I had done before, but it has kept me in great stead for leadership roles ever since.”

Being supported in practical ways like returning to work at her own speed, being able to breastfeed at work and having the flexibility to drop her children at school also helped Robyn to succeed while balancing what mattered most. “I know that times have changed and people now expect flexibility, but I couldn’t have progressed my career without this type of support,” she says.

Robyn argues that we don’t always recognise bias in ourselves and often we don’t think to challenge it until bias personally affects us.

“Bias is often unintentional, but unless someone points it out or challenges why things are done a certain way then change is impossible, and it will end up holding people back,” says Robyn.“To address bias businesses must be able to think differently and bring diversity of thought and perspective into decision making.”

“Whether you challenge a decision or the way something is done, breaking bias will always make for a better business,” Robyn continues. “Whenever I’ve approached issues of bias in a considered way I’ve been fortunate to have great outcomes. I’m not naive enough to think that all workplaces are the same but I do know that people will talk with their feet, and they won’t stay where they don’t feel supported.”

“Successful businesses today tend to have more diversity and gender equity at executive level,” Robyn says. “I’ve always enjoyed the challenge of diversity but when we think about diversity it’s important to note that gender is only the beginning,” she says. “The best teams that I’ve worked with had representation from different ages, skill sets, social and cultural backgrounds too.”

As a fifth generation Wheatbelt farmer Robyn has spent most of her life working in or on behalf of regional WA. The country is in Robyn’s blood and the significance of being appointed the first female CEO of an organisation like the Royal Agricultural Society of WA isn’t lost on her.

“It’s an honour and a privilege to serve in this role and to join this organisation,” Robyn says. “I may be the first female CEO but there are many amazing women working in the agriculturalsector and there have always been strong and incredible women supporting the development of the industry over time. This is a great opportunity to reflect and advocate for them, for the organisation and for the sector as a whole.”

Robyn is passionate about innovation, the business of agriculture and supporting the many ways the sector is evolving. Reach out to learn more about Robyn’s appointment or to connect with your local Gerard Daniels team.